Some of you non-poets out there (and if you’re a non-poet and reading this blog on a regular basis, you have my undying gratitude) might have the impression that National Poetry Month ranks right up there with “National Salami Sandwich Day,” or “Grandparents Day.” It may at first glance give the impression of being the Hallmarkiest of Hallmark Holidays, spread out over thirty of them. However, unlike those other gift grabs, National Poetry Month requires no sending of cards or expensive gifts (unless you’re so inclined… PM me for my address)!

National Poetry Month was started by the Academy of American Poets in 1996, but the need had existed for years. Remember all those little quaint schoolhouses you see in the movies where pupils painfully stumbled through poems they’d been forced to memorize? Well, those days are long gone. Even when I was in grade school, for the better part of the 1970s, poetry got short shrift in lesson plans. If it hadn’t been for my mother reading to us from a wonderful collection called The Big Golden Book of Poetry (long out of print, but much sought after), I may not have been exposed to much verse at all. And without trying, I committed long passages to memory about Little Orphant Annie and the Owl & the Pussycat that ring around my brain to this day.

Bullwinkle the Moose was a poetry supporter early on, too. His short segments on “Bullwinkle’s Corner,” introduced several new generations to the likes of Poe and Wordsworth. Without changing a word of the poems, he and Jay Ward created amusing visual interpretations that illuminated the work in a new way, as poetry should be enjoyed uniquely by each new reader or listener.

It’s probably still the case that outside of literary circles, not much is heard about National Poetry Month. Around my house, my Roommate is pretty sick of it already. I’ve got two short gigs booked already, including “Readings Against the End of the World,” sponsored by Albany Poets on April 21st. I’ve signed up for 11:00am, and there’s still space on the open mic list if you’d like to join me. As Dan Wilcox reminds us, “In Albany, every day is Poetry Month!” Not every city is so lucky to have a wizard like Dan to make that true.

Here in New York’s Hudson Valley, live poetry is on the upswing once again, despite the apparent demise recently of two longtime readings. Check your local listings, or drop me a line. Better yet, I’m always up for a drink or dinner in April, if you’re craving a lengthy discussion on the merits of literature in the 21st century. And, I’m always up for a free meal in April. 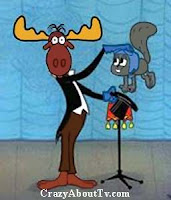