My Life At The Mic- Not Always ‘The Diva’ 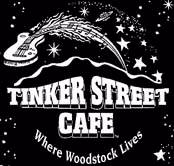 When I was in high school, I was on the staff of our literary arts magazine, Pegasus. I enjoyed discussing the work submitted, and was already writing a lot of poetry myself. However, when it came time to present my own work, I would have others read it for me. I was too shy to read it aloud myself. In high school, that never changed. Even when I got a chorus part in the spring musical of my Senior year, Fiddler on the Roof, the only thing that kept me from freezing on stage, I suspect, was taking off my glasses for performances, in an effort at authenticity.

In college, I again joined the literary magazine staff, briefly, Cadence then, and several other things since. I don’t remember how much of my own work was involved, but I’m pretty sure the pressures of my dysfunctional marriage put the kibosh on that endeavor early on. I think the first poet I heard read her work aloud was Carley Bogarad, the late professor at SUNY New Paltz. I was a flop in her Intro English class, skipping as much as I could without flunking out, not feeling a part of the clique that had been firmly established among most of the other students during the previous semester.

But, I had the good fortune (and the nerve, considering my shoddy academic behavior) to hear Carley read her impressive work on campus once. The effect of hearing the poet read, as opposed to the many hours I’d spent reading the work of so many others, always in my own voice in my head, was profound. The connection between audience and writer was palpable. This was what I had longed for in writing, and never knew was missing.

After college, after divorce, I began to become involved in the Hudson Valley poetry scene. There was a group that met bi-monthly at the Stone Ridge Library that I found helpful, supportive, and really, a safe place to find my voice. We met in a living room of sorts, cozy with couches and lamps and threadbare rugs. The Stone Ridge Poetry Society, where I made friends that I still keep in touch with to this day, evolved into the Woodstock Poetry Society. WPS holds monthly readings at a Woodstock bookstore, and as such, it’s probably one of the longest continuous readings in the county.

Then there was the Tinker Street Café readings. I was driven by then to put my work out there as efficiently as possible. Mailing poems away to editors meant they were out of your hands for months at a time, and perhaps you’d never get a reply. Reading is a little like self-publishing, in that the poet gets to decide the shape of presentation, the tone of the work, the when and where. I felt like a goddess when I managed to get to the mic, and perhaps my hesitance made my experiences there basically painless. The volatile host, Dean Schambach, had no beef with me, and the drunks at the bar must have found my poems uninteresting, and left me alone. But, I got up and waded through the testosterone of that legendary watering hole, and practiced my art. Ever grateful to Dean for the chance and the support.

Today, so many years later, I marvel at the ease with which I approach the mic. I still feel a slight rush just before, plan out my path between the folding chairs and the wires, but once I’m there, my schtick begins. I sell my latest chapbook, talk up any readings I have coming up, then get down to the work. I don’t spend too much time explaining. If the poem doesn’t say it, it’s not done. If I don’t want to say it directly, any explanation will spoil the effect. I keep within the time constraints, because I respect the host and my fellow readers, even if they don’t return the favor. I like to leave listeners wanting more, in any case.

Afterwards, I get a few handshakes, some polite remarks from friendly and unfamiliar faces. I have taken to giving away pens that promote this blog, in fact. And I am happy with what I do. Without it, what would I be? Hardly a Diva.
Posted by Cheryl A. Rice at 3:40 PM

Well as you know Cheryl I was there when you burst on the scene & you sure as heck fooled me. I thought you’d been reading all your life. And I’m pretty good at recognizing newbies. Poetry was part of my everyday life growing up. And when my Dad recited one of his poems there was a hush. He was the family poet & was given great respect, the same as they’d give a priest. I was reciting from age 9 wrote my 1st one at age 10. I heard them whisper about me: “Ah, lil Jimmy, he’s good fer his age but I don t’ink he’ll ever be as good as his fadder.” So maybe you don’t realize it but you seemed like a natural to me & all the rest even when you might have been a lil self-deprecating. It was part of your schtick. It just proved you didn’t have a big ego, nobody believed you anyway. And it seems you got the nickname Diva quite early on. Once in front of the mic, you’re just like me, you become the Poet & no one can ever take that away. Yer a natural, me lass. Keep on Poeting!