Now Comes The Hard Part: A home for GHOST LIGHT 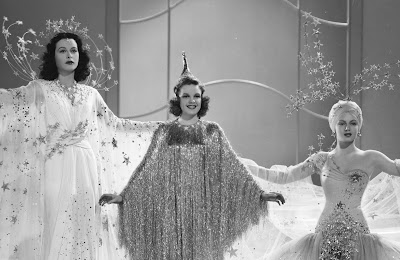 It’s hard to say how long it’s taken me to put together GHOST LIGHT, what I feel is a cohesive collection of poems inspired by the Ziegfeld Follies of 1919. Does a lifetime of isolating interest count? Where did it begin, you might ask? I was born in 1962, well after Vaudeville’s heyday and on the cusp of Beatlemania. Many performers had retired to the suburbs of Long Island, a fact that causes me no small amount of regret. I had neither the nerve nor the ability in those pre-Internet days to seek these treasures out while they were still with us to tell their stories. Luckily a few others did, and we have those interviews, and at very least their obituaries, to tease our hunger for more.

In 1956, The Wizard of Oz made its television debut, and by the time I started watching and absorbing it a decade later, it had become an annual event as big as Christmas. Growing up, we may have lacked for material things here and there, but we always had a great, big color console TV. Those ruby slippers practically leapt off the screen! I believe that for me, Oz and Funny Girl were indirectly my two greatest inspirations to learn more about entertainers of the early 20th century. Up until the mid-1970s, prime time programming was heavily influenced by vaudeville, burlesque, and even the presence of many of those entertainment pioneers. From Ed Sullivan to Sonny & Cher, most shamelessly borrowed from well-loved routines, thus perpetuating the art into this century.

It is an epiphany of sorts when one discovers that Glinda was in 1939, the year Oz debuted, the middle-aged widow of Florenz Ziegfeld himself. Both Ray Bolger and Bert Lahr worked briefly for Ziegfeld. Judy Garland would star not so long after as a Ziegfeld Girl in a thoroughly whitewashed melodrama that nonetheless captures some of the magic that happened on the New Amsterdam stage. And so I went down the glittery rabbit hole.

Once I allowed myself the freedom to let the poems be inspired by history, and not slavishly document the exact color of every spotlight, I was able to make significant progress on the work. I hope that the poems breath life back into the people portrayed for a moment, some as popular in their day as Beyonce or Brad Pitt are today. I would love if one or two readers are inspired to explore these histories on their own. I’ve included short bios at the back of the book, hoping to tease and intrigue.

But now here’s that hard part I mentioned. Although I’ve had individual poems published in magazines and anthologies around the world, had several chapbooks produced by small, fine publishers, and even self-published some chapbooks on my own under the dubious “Flying Monkey Press” imprint, I have never submitted a completed, themed manuscript for consideration. It is a unique work for me in that it did require a great deal of research, and the poems although able to stand on their own individually, are intended to be a narrative of highlights. The earliest poem is set in 1896, and the latest in present day, but the bulk tell a story of the Follies of 1919, a year of radical unrest, irrational temperance, and relative calm before the coming decades terrible storms.

I consider it a version of embellished history, with a sound core and some poetical license entwined with the facts. If I didn’t think the poems were good I’d have written it all in prose, and frankly, that’s been done before and by more skillful writers than me. The days of firsthand sources have gotten away from us. Since I am moved nevertheless to write about the times, poetry became my genre of choice. My first step is to reach out to some of the university presses that deal with material close to the subject: Theater, New York City & New York State History, Early 20th Century Music. I have a proposal letter in the works, and I do think the unique nature of the manuscript could be in my favor. I don’t seem to be able to locate much other poetry about the Follies, although one or two pieces showed up in Google searches.

I am willing to self-publish again if need be, but I would like these poems to reach as wide an audience as possible. It is the collection I have invested the most time, effort, and research into, and I am proud of it, flawed as it is. I suppose Ziegfeld felt the same way, but it will never be the grand performance of epic scope that I first envisioned. Perhaps that’s why it’s taken me so long to complete. The Pandemic, for the most part, did not afford me any extra time to complete this task. Between working from home, fretting about finding new work, and finally working at several new jobs that were not a great “fit,” my hour or so in the morning before the world began to spin was all I could spare. But circumstances have certainly been driving me to take up long unfinished tasks and bring them to some kind of closure. So it has been with GHOST LIGHT, and so it shall be with other endeavors that have been cluttering up Casa Diva for years.