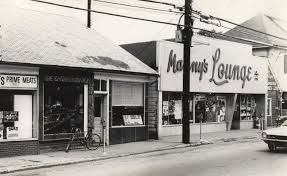 On the drive home yesterday, after a particularly trying few months and an especially “challenging” day at work, my mind drifted again to one of my favorite fantasies. There is a space now in the lower Rondout area of Kingston, my current city of resident. It’s a leftover from the days when Rondout was a thriving community in its own right, with businesses up and down the Creek, supporting the D&H Canal business. It’s a two-story, brick structure, with a storefront on the bottom, and living quarters above.

My Beloved and I visited the space about a year ago, when the current residents were trying to make a go of a vintage/thrift shop thing. It was full of intriguing items, but without a theme or energy to unify the business. In fact, we only stumbled on it during one of our evening wanderings around the odd maze of streets in that part of town. Too far past the current business district to attract attention on its own, the shop was quiet. We enjoyed our browse and headed on.

On another drive recently, we noticed that what little activity had been going on in the space was gone. We were not surprised. Both of us being old hands at retail, mainly on the corporate level, it was clear that either start-up funds were low, or the shopkeepers underestimated the power of word-of-mouth advertising.

It was that space that wandered into my tired fantasies yesterday. All the careers I’d pondered in my early years have pretty much become obsolete. Newspaper reporters, teachers, novelists all struggle in a way that didn’t exist when I was planning out my life. Independent bookstores had their day and seem to be struggling back to take their place in some small, hip towns, but often feel the obligation of a “hook” of sorts, beer or coffee, live music or toys. In the ancient economic models that still linger in the deep recesses of my pockmarked brain, I still dream about a bookstore.

I remember the sunlight streaming into the tall windows at Ariel, the slate floors slick with dust and curiosity. Norman Levine’s treasure trove on Route 28 was a destination for a rainy Sunday afternoon, filled with the brilliant odds and ends that only a used bookstore can boast of. And Manny’s Lounge, the long-lost piles of paperbacks, whimsically priced according to the big man’s mood.

There will never be another Manny’s, mainly because of pesky fire codes, but more than that. Manny was a bombastic huckster. One went there for art supplies and low cost reads and came out with a world of knowledge a la Manny Lipton, whether or not they wanted it. His daughter still runs the store, by the way, but without the tasty stacks of books that made passing through the aisles as challenging as climbing the Gunks.

These places were my homes away from home. In a good bookstore, I could escape the confines of my various body states, the ravages of love, and browse the lives of others, often at little to no cost. How one might keep the doors open and the lights on with such a business these days is beyond my scope of expertise. The quiet I seek in such a space, the thoughtful conversation, the gentle dusting of the shelves—all these would be bad for business.

I could acquiesce to a monthly open mic of sorts, perhaps passing the hat and giving away one flavor of coffee. I could even sell a few toys, book related of course. Book signings might help the bottom line, too. I salute those who made such shops viable for so long and envy the times in which they made their magic. I may take another drive past the shop of my dreams soon. And then head back to Barnes & Noble, itself no stranger to the shifting sands of paper and ink. And, I can dream.
Posted by Cheryl A. Rice at 10:44 AM 1 comment: 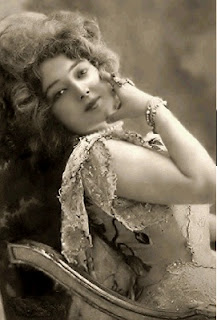 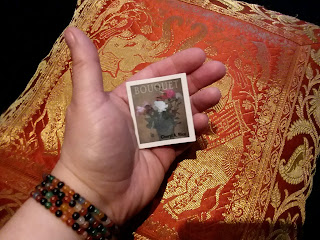 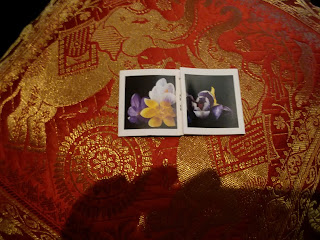 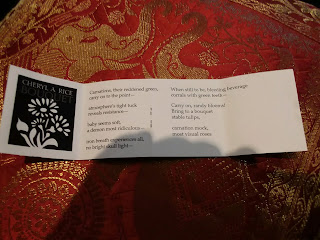 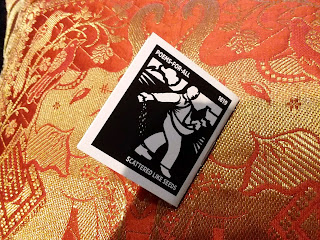 
NPM 2018 was a busy time. My Beloved keeps joking that, thirty seconds after I said I wouldn’t do any readings in 2018, I accepted my first reading gig, and April had some additional fine examples of my hypocrisy in it.

I was one of about 30 poets whose submitted work had been framed and put on display for the month in the Starr Library in Rhinebeck. On the 7th, about half of us read our poems to an enthusiastic crowd that I guessed to be around 75, a veritable stadium-full of listeners. I got handshakes and hugs for my poem about ‘pulling up your god panties,’ and for a moment beforehand I’d been afraid I was a bit out of my usual element. Many of the other poets were more conventional, rhyming and reminiscing. The warm response to my work was a great relief.

On the 10th, Teresa Costa’s W.O.M.P.s (Word Of Mouth Poetry) reading featured two of my favorite people and poets, Rebecca Schumejda and Thom Francis. I don’t hear them often enough, and it was a treat to not only get full features from each of them, but a little from one of the other 'Three Guys...', Dan Wilcox. A great evening of words and friends.

Speaking of Albany, on the 21st, I went up to the Emerald City to participate in the annual Albany Wordfest marathon, now going by the reclaimed name, “Readings Against The End Of The World.” Before there was Wordfest, there was Tom Nattell. One of the original “Three Guys From Albany,” Tom passed away in January 2005, leaving a legacy of activism and art. “Readings Against The End Of The World,” contained elements of both. I read at 11:00 a.m., to a sparse but lively crowd. Hosted for the entire twenty-four hours by Mary Panza, I recall the times I hung out all night with the crew, snoozing on the floors of the gallery on Lark Street until the 6:00 a.m. readers arrived. I am not that hardy these days.

Joanne Pagano Weber invited me to read on the 22nd as part of the second half of an afternoon of performance at the Greenkill Gallery in Kingston. The first half was an original play by Joanne, “Emerging Man,” including Michael McCabe in a featured role, a triumphant return to the stage after many moons away. Sadly, ninety percent of the audience decided to leave at intermission, leaving Allison Koffler-Wise and I a rather intimate group to read to. It was not a surprise. Audiences often use such breaks to make their escape from the imagined horrors of a poetry reading. However, the escapees did include the play’s director and the artist whose work on the walls of the gallery inspired the play. Duly noted. Thanks to Joanne for all support and praise for me and Michael.

Finally, on the 29th, Guy Reed and I headed to Arkville for the Writers in the Mountains “Writers Unbound” Fifth Annual Literary Festival, held at the cozy Union Grove Distillery. There is an active group of longtime writers here, inspired by maple syrup and wood as much as the everyday drama of our lives, and I enjoy their devotion to the written word. I picked up a copy of Laurie Boris’s latest novel, The Call, a baseball tale, and so far, it’s a great, easy read with heart. I look forward to attending more events with this group.

Non-Poetry events in April included Rhinebeck High School’s ambitious production of Mary Poppins, featuring Jonah Carleton, the son of my old friend Ron, in the lead role of Bert, blues phenom Quinn Sullivan at Bearsville, and my Beloved’s many stagehand gigs at Marist College. We also had a chance to see Al Helm: Martin Luther King in Palestine, an independent film about a theater group, joined by an American gospel choir, traveling and performing in both Israel and Palestine. All in all, an auspicious start to the warmer months, and not very cruel at all!! 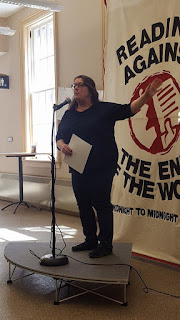