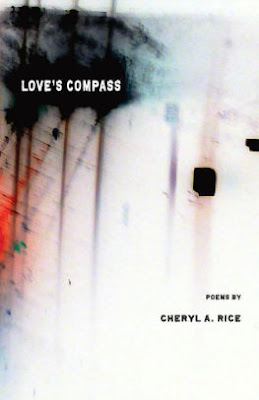 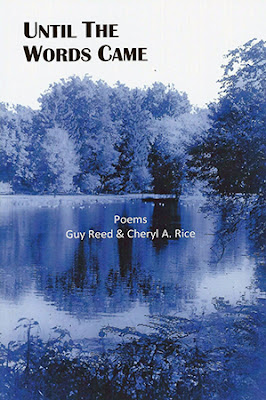 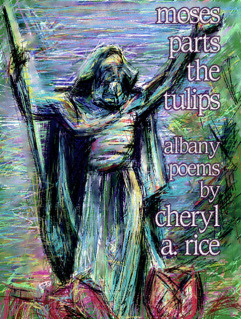 Just before the Quarantine began, I received another order of my most recent book, Love's Compass, and stocked up on Until The Words Came, as well. While going thru my files, I found a very few copies of some other chapbooks I've published. All are on sale until midnight of August 31st! Love's Compass and Until The Words Came can be had for just $10 a copy, plus $3 S&H. The others, Moses Parts The Tulips and My Minnesota Boyhood, oldies but goodies, are just $8 each, plus $3 S&H.

I'm not gonna tell ya they're going like hotcakes (aren't hotcakes awesome?). I believe the best place for a poet to sell books is at a live reading. Times being what they are, that isn't possible right now, and if anyone was jonesing for some literary diversion, I'm happy to oblige. Drop me a line at: dorothyy62 at yahoo dot com.

I hope you're all staying healthy, and doing as well as you can considering the barrage of mixed information we're getting from all sides. An hour or two in the backyard with a book of poems, and maybe a pad of paper and a pen to write your own, might be a good way to spend these late summer days.
Posted by Cheryl A. Rice at 12:10 PM No comments:

Last night, during a live streamed reading at the Green Kill Gallery here in Kingston, New York, I pulled one of my favorite tricks on myself. I left the second page of the poem I'd planned to read last at home, somewhere in the piles of creation that are my life. I promised to post it here, to prove that it really exists:

There is no pencil big enough to rewrite the history we have committed
these two past centuries and change.
In school, we anointed rich, white men that
mailed their demands to the rich, white King
while the first huddled masses fought the fight,
while bought-and-paid-for Africans tended crops,
cleaned their toileted mansions, suckled their young
of various races to preserve the lily-white bosoms
of their women, birds of another feather in
their gilded antebellum cages.

There are no fireworks glorious enough
to soothe the nerves of a soldier who’s endured
the real thing, or a dog who can’t distinguish
in her faithful brain the difference
between good and bad gunfire.
The Constitution never stopped a back alley beating
of a woman whose perfume didn’t match her crotch.
The Constitution never cleared things up with a cop
pulling over a black man just for driving
a car above his station.

Hot dogs and hamberders this Fourth of July,
socially distanced testimonials,
Hamilton rapping for those with the right connections,
another imperfect Father.
I saw his wife Eliza’s wedding ring in a museum,
where all matters Colonial belong.
Tenuous sliver of gold, tiny as her busy fingers were,
she wore it long after his honorable death,
rewrote and revised his history, her pencil big enough
to remember the good, make way for better 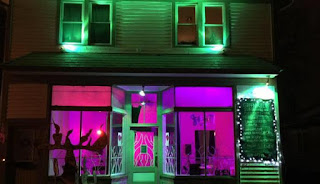 The Wages of Moonlight: A Bio of Sorts, An Upcoming Reading

Here's my take on the stale, old "artist's" questions I was asked to provide answers to for my upcoming livestream from the Green Kill Gallery in Kingston, NY, August 12 at 8:00 pm:

The Wages of Moonlight

I first saw myself around the age of four. We lived in the first floor of a house in Wyandanch. There was a broken-down pavilion in the yard that we were warned to stay away from. I drank the last drops of soda syrup from bottles waiting by the back door to be returned.

I am compelled to recall the past in fits and starts. Like those drips of soda syrup, the past returns with some effort, and little welcome.

The artist who comes back to me again and again these days is Anna Held. A brief flash in the early 1900s, her star was polished by Ziegfeld, but she was the one who shone. A powerful Jewish refugee who adopted the persona of a Parisian coquette, she died at 46 of a rare disorder we still have no cure for.

I am supported by those ancient stars, paid to excess by the moon and her fickle appearances. Support comes first from within. If there is any applause about, enjoy it for what it is—the current phase of consent.

In the last few months, convention as we know it has been upended. I long to return to that broken-down pavilion of the past, stepping carefully around floorboards that will bear no weight. I long for the trumpet vines and moonflowers that surely by now have created the only roof it ever needed. I long for the sweetness of soda syrup, dappled with impurities, from bottles beside the tin milk box. I long for the milkman and his shiny white slacks.

Upon waking, I immediately miss the moon, no matter her demeanor of the night before. I rush to the bathroom, and am not ashamed of it. Any who pretend otherwise are invoking a false narrative.

Art is a sign of society. Without it we are beasts, tearing our masks off in a crowded Walmart, lengthening the stay of immoral diseases by kisses of black dust.

The act of creation offers me clarity, not intoxication. I am reassured that I am still connected to the segment of humanity that has both feet in the dirt and eyes in the stars.

To preregister, here's the link: https://www.eventbrite.com/e/live-stream-august-12-8-pmmike-jurkovic-guy-reed-cheryl-a-rice-tickets-115417299249. I'll be reading with Guy Reed and Mike Jurkovic. The take will be split between the poets and the venue.