Under the Weather & Out From Under

Since late last Wednesday, I have been pretty much out of commission with a combination upper respiratory/sinus/other ensemble of symptoms that kept me home from work and all until yesterday. I was so disoriented that I couldn't write, couldn't crochet, could barely read anything of substance. The one blessed exception was Patti Smith's M Train.

Perhaps to some it qualifies as a sequel to her Just Kids memoir, but it's a very different tone, a very different book. It was easy for me to led Patti take the wheel, across time, across time zones and borders. I've seen some accuse the book of being a mere exercise in name-dropping, but with friends like William S. Burroughs and heroes like Jean Genet, why shouldn't they be mentioned?

She mentions many, many books that stir her creativity, and at one point is tempted to suggest referring to it for reading suggestions when asked by a young fan in person. I've gone through the book again, perhaps not thoroughly since I'm not all here yet, and compiled a list for myself. Here it is, for your reading edification:

I'm tempted to test out the Polaroid I've dragged around for years, but that may have to wait til summer. I'll head to the library on Saturday, and see what I can find from this list. At present, I am in the process of disabling my Amazon account, for many good reasons. Laziness is one of them.

…Or So Shall You Be Judge(d)


One of the handy perks of being an endlessly judgmental soul is that it makes the occasional assignment of judging a poetry contest that much easier. Faithful readers know that I took the First Place prize in the 2017 Stephen A. DiBiase Poetry Contest run by the charming Bob Sharkey. Along with the check for $500 (probably the MOST money I will ever receive in a lump sum in relation to poetry) came the opportunity to be one of the judges for the 2018 contest. Never one to say no when it comes to offering my opinion, I agreed.
Last week a fat packet of poems came in the mail from Bob, with detailed instructions on how to rank my selections. There were to be five top poems, in order of my preference, and five “close” poems, in no particular order. I opened the packet last night before I went to bed, and finished up around 6:00 a.m. this morning, with about six hours of sleep in between the two sessions. It seems I may be succumbing to the same illness my Beloved has suffered from for the last five days, so my all-night cough finally got me out of bed even earlier than he rises for work. Having the rest of the day ahead of me (alone, since the Beloved didn’t have President’s Day off), I turned the first page and began.
I’ll be honest. Rhyming poems turn me off immediately. Unless you are EE Cummings (and who of us is?), the lines become clumsy slaves to the pattern. There are also certain clichés that I read as danger signs as well: “moon,” “soul,” “Paradise.” Worn out notions like that. They were glorious around the time of Jesus and his gang, but nowadays, they are threadbare wisps of their former selves. Avoid them. The best way to do this is to end your line early. For example:

You and I together, in this green Paradise.

You and I together, in this green.

You get the idea. Find another way to say what’s been said before. And it’s all been said before. That is a big part of the fun of poetry for me.
I will also come clean and say that most mentions of a deity usually turn me off, generally because they almost always hover in the neighborhood of cliché. Something a little deeper, requiring some analogy to a church structure, is a legitimate use of the reference. Otherwise, it’s kind of lazy to let a god do your literary heavy lifting.
Even with all my idiosyncratic baggage, I easily found ten poems I liked, and even a couple more just out of the running. And for those of you who entered (and I can’t be sure, because the manuscripts came to me nameless), there are at least four more judges who might very well cancel out my choices. So, don’t worry if you employed one of the above mentioned strategies. There is still hope.
I was completely shocked when my poem, “Your Service,” won last year. It had undergone a gazillion rewrites, and I’ve probably rewritten it a couple more times since. Contests are more than a little like crap games. You roll the artistic die, and see what the Muses come up with. Mostly, I love that people are still writing poems in this crazy time. Keep writing. Keep entering contests. Keep being somebody other than cranky old me….
Posted by Cheryl A. Rice at 5:16 PM 1 comment:

Lovers and Other Poets

When it comes to connecting the dots, more often than not, I can be a little slow, decades behind in fact.
For example, in assembling this upcoming chapbook with my friend and fellow poet Guy Reed, I attempted to gather up what credits I could for some of the poems included. “A Cup For Enid,” first appeared in for Enid with love, a festschrift for Enid Dame published by NYQ Books in 2010. I flipped again through the collection, and reread Donald Lev’s introduction to Enid’s life and work.

Again, Donald mentions in passing what must have been a grueling occupation, his time as a cabdriver in New York City. Poets have been known to work all kinds of jobs to keep themselves in ink and paper, and Donald and Enid were no exceptions. Enid even taught for a time at NJIT and Rutgers, commuting from their upstate home to do so. Retail and temp work were go-tos for me, but I also did ten years at Cosmodemonic Communications, the main source of my current solvency.

One of my favorite poems of Enid’s is also one of her most memorable, and considered by many to be her signature piece. It first appeared in a chapbook published by Cross-Cultural Communications in 1989 called Lilith and Her Demons. Donald reveals in his introduction to the festschrift that “Lilith” was written at a time of great turmoil for Enid, the end of her first marriage, and by implication the beginning of her time with Lev. In one passage, she says,

It has taken me twenty years to realize who the cabdriver was and is. Duh.

Partners, lovers, intellectual equals—Enid and Donald’s romance is my ideal. Except for Enid’s premature death in 2003, what more could one aspire to?
Posted by Cheryl A. Rice at 12:32 PM No comments: 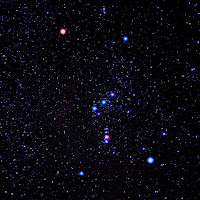