Speechless: A Month Without Sound 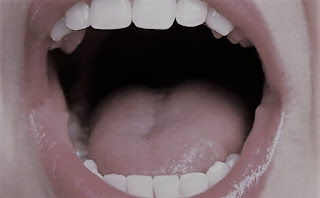 I thought it was just a momentary hoarseness, the after effects of a particularly good New Year’s Day gathering. By the third day, though, as the roughness lingered, I began to worry. The last and only time I lost my voice was shortly before I resigned from Cosmodemonic Communications, back in the late 2000s. My body pulled all sort of imploding tricks then. I had rashes under my arms that responded only to a cream prescribed by a doctor who’d treated victims of Hiroshima’s atomic aftereffects. I vomited violently one morning, so hard that my face was purple with burst blood vessels. And, my voice left me, a final sign that it was time to go.

I am under no such stress now. There is still promise for 2019, artistically at least, and the other aspects of life are under the usual illusion of control and serenity. I stayed home from work, hoping a full day of two of rest would fix things, but they did not. I began to worry that I’d done some actual damage to my vocal cords. I held back tears frequently, afraid that sobs would do more harm. I checked my neck for swellings or lumps, the common American paranoia that all too often becomes reality. I finally called my doctor, and with forceful croaks, made an appointment.

She found nothing wrong, and prescribed vocal rest, and an appointment with an ENT if there was no improvement. My day job is on the phone, so vocal rest was difficult. My employers were kind, and found work for me to do, but even so, I took two more sick days, hoping physical rest would speed my recovery. I finally called the ENT my Beloved went to a few months ago for a definitive opinion.

Dr. K’s office was neat and calming, but the diplomas on the wall revealed a career of over fifty years, older by far than the ‘80s pastels in the waiting room wallpaper. His receptionist, a pleasant, efficient woman, handed me a form to fill out that had been created on a typewriter. As I waited, she worked on her IBM Selectric, the satisfying clicks a comfort in my muteness. The doctor looked down my throat, and needing to get closer, told me he wanted to send a scope down. I’d been afraid this was what he’d want. He tried to comfort me, saying, “I do this with little children all the time.” “They’re not old enough to be scared,” I replied in my raspy squeak.

Three sprays of Novocain down my right nostril later, Dr. K gently snaked the camera down to my larynx. I felt a tiny movement, nothing more. He saw no infection, damage, or any of my other worst fears. The diagnosis was the same as the others had guessed, “mild” laryngitis, and again I was told to rest my voice.

During all this silence, because this is what I do, I made plans to live the rest of my life without a voice. There was poetry, which could always be read by others, or just given up altogether. There was looking for another job, because clearly I couldn’t continue where I was. I wondered how much I would make on Disability, and how long it would take to get during a long-term government shut-down. I wondered how I’d manage visiting my parents, who worry about everything, and how I would hide my own worry to comfort their fears.

I worked on a little chapbook to take my mind off things. No new poems, but an old manuscript that had been rejected several times. I did some trimming, and started laying it out in my primitive way. I spent a week on a collage for the cover that I’ve since ditched in favor of a totally different concept. My Beloved and I watched TV, as we always do, flipping through all the YouTube vids from Disneyland fanatics. We’ll be totally prepared, if we ever bother.

And of course my voice came back, little by little. I’d test it every morning before I got out of bed. The high notes are still out of reach, but I can get by. I’m back on the phones at work. There are a couple poetry readings to get to next week. I’m featuring in late February, and hope to have that crazy chapbook put together by then, under my own wobbly Flying Monkey imprint. And, as long as the TSA folks stay on the job, the Florida trip is back on.
Posted by Cheryl A. Rice at 11:28 AM 1 comment: