The Thrill Is Gone: Bookstores and Me 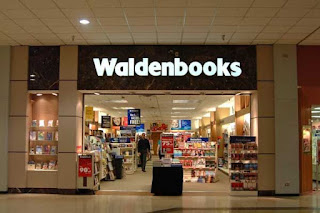 Back in the day, after college and before the lost decade I spent at Cosmodemonic Communications, I had a long career in the retail book industry. Beginning with a short stint at the old Waldenbooks in the barely-there Hudson Valley Mall, to three years at the dearly departed Ariel Booksellers in New Paltz, to a couple of years at Norman Levine’s Editions in Boiceville, books were my close companions, night lights of the mind, portals to times and lives I wanted to dip into without commitment, return to without hesitation.

I’m feeling lately like maybe I’ve read too many books. I can’t tell you the last novel I finished, or even collection of poetry. I used to spend hours in the stacks, happily pawing through the shredded covers for one treasure, a new poet or an old one I hadn’t read enough of, a magazine printed the year I was born, or even a few craft or cookbooks I’d spend more time reading than emulating.

I can still straighten a shelf up like nobody’s business. I remember dusting the fronts, the tops, filling the carts with new arrivals to merge into an already bursting shelf, and figuring out how to make them all fit. I knew the business. But who knew the business would change so drastically in my lifetime. I’m sure the clues were there, while I had my nose buried in Sylvia Plath’s journal or Allen Ginsberg’s collected works. The Internet. Before my current position, I had a final fling at the book business, and failed at my post badly. Unsupported, with a staff of just one (me), I spent my days alone washing windows, mopping the floor, making coffee, and doing just about everything but working with books.

The store is still open, and the owner is still breathing, both facts equally depressing. It was a used bookstore, but I was often instructed to sift through piles of buy-backs for books in good enough shape to pass as new. I spent too much money (really, money) on new titles, a mistake I wasn’t aware of until after the fact. The books were an afterthought, shoved onto shelves without thought or philosophy. Being fired was a stroke of luck, since I’d resigned myself to the mess, but the books were no comfort. They were helpless themselves in the murky wood and coffee grounds of the joint.

A couple of weeks ago we stopped at an outlet mall in Central New York, one where sneakers were the star. In the far corner was a bookstore of sorts, remainders and lesser known titles deeply discounted. Even with a decent salary, no longer having to rely on strips or bargain books to fill my shelves, I found nothing I wanted to take home with me. I knew the end of all the fiction, the rhyme schemes of the few poetry books on hand. I have plenty of cookbooks I already don’t use, although I’ve read them all several times. Even the books on CD didn’t interest me—what good is a book on CD once you’ve listened. I’ve no interest in the ghostwritten pop autobiographies, or the bodice-ripping romances, the simplistic craft manuals written for those who need written instructions for tying their shoelaces every morning. There was not one book in the whole store I was willing to take home.

I’m more interested now in clearing my shelves, my walls, my closets. It’s almost as if I’ve moved the library inside my head. I need the physical space these days to make some headway on the few projects I intend to go forward with. I have my Handler’s companionship day and night, so perhaps the books resent our drifting apart. But like old lovers, I’ll keep in touch with some, part amicably with others. Some will be dropped off at the thrift shop where they’re given away, because that’s the option I like best. Time grows a little short, and I hate to think of the clean up after I’ve dropped the body if I don’t do some of it myself ahead of time. It is time to pare down and focus. If only I can put down this Harriet Carter catalog… anybody need a wall phone with really, really big numbers?
Posted by Cheryl A. Rice at 9:09 PM 1 comment: