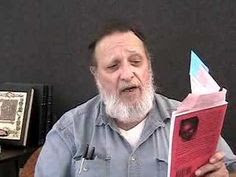 Donald Lev has been a mainstay of Hudson Valley poetry for the last several decades. He was born in New York City in 1936, and since then has been, in my opinion, one of its most heartfelt and honest bards. As a youth, he worked in the mailroom of both the Daily News and the New York Times. He also drove a taxi for twenty years, on and off.

His first venture into publishing was HYN, a literary magazine born in 1969. Perhaps in an effort to surreptitiously advertise, “HYN” was also the name of the poem he recited that same year as a bit player in the legendary underground film, Putney Swope. Along with his late wife, Enid Dame, he founded the now-online, and for many years actual paper tabloid, Home Planet News in 1979. The pair split their time between Brooklyn and High Falls, NY and for the last few years of her life, Enid taught at Rutgers and NJIT. She died in 2003.

After her death, Donald continued to put out Home Planet News until passing the torch to Frank Murphy a couple of years ago. You can find HPN in its latest incarnation at http://homeplanetnews.org/AOnLine.html.

Donald and Enid scared the hell out of me. Obviously both far more accomplished than I, here were two real life CITY poets, slumming at the readings I attended. I was dumbstruck, which is ridiculous to me now. They were and are two extremely approachable people. Their poetry and activism, closely intertwined in the most logical way, comes from a tradition deeply rooted in faith and friends and New York. The literary world of the ‘60s and ‘70s that they occupied was a dream I was too late to jump into.

I will regret always the years I shied away from Enid. I finally had the chance to participate in a small workshop with her just a year or so before she died, and keep my notes close at hand. Donald’s wry humor has been the spice of HPN editorials and readings alike. He continues to publish, and his latest chapbook, Focus, came out in the spring of 2017.

Now a full-time resident of High Falls, Donald recently had some renovations done to his home to allow him to live on one floor. A bathroom has been installed, and hand railings have increased his safety. The cost of such work is significant, and a fundraiser is being held to offset the costs of making life more comfortable for Donald.

The benefit is scheduled for Sunday, January 21, 2018, and will be held at the newly renovated Colony in Woodstock. Performers will include Mikhail Horowitz and Giles Malkine, The Marc Black Trio, and the Cosmic Legends backing Andy Clausen and Pamela Twining. Food and drinks are always available. The show starts at 8:00pm, and doors open at 7:00pm. There is a suggested donation of $20 per person.

For more information, see the Facebook page: https://www.facebook.com/events/177931426136712/, or Philip Levine’s info on the Woodstock Poetry Society page: http://www.woodstockpoetry.com/DLev-Fundraiser.html. Philip is responsible for most of the work, and will be doing the finishing work once funds are available.

Especially now, artists need to pull together, and help ourselves in the best way we can, by helping each other as best we can.
Posted by Cheryl A. Rice at 3:40 PM