At this point I have been writing for about 40 years. Not professionally of course, although some of those years have been spent posing as a journalist, editor and feature writer. Growing up, I did a little bit of everything-- drawing, writing, crafting. I still crochet, drawing has pretty much fallen by the wayside, but writing is the art that has stuck with me, to me. At last count, I have been a featured reader or part of a featured group of readers over 75 times, and had close to 100 poems published from here to there in that same time. I have spent a lot of time staring at my own work, and that can skew one's perspective after a while.

When I first began to write, the only revising I would do was for grammatical or punctuation errors. If I felt I hadn't quite nailed it, I would abandon the topic and move on to the next poem. I wrote quickly, and my poems were short, rarely a complete page. Over the decades, my method of working has changed considerably. I am all about the rambling rough draft, and always by hand. I make changes during the first typing, then print that out to make additions and deletions, again by hand. I sometimes write up long verses to insert, elaborating on a point when it seems like expansion would benefit the poem. I have also become a ruthless cutter. I have begun to leave out whole verses, even while I'm reading it aloud, editing as I go along if I begin to feel, on hearing it, that I've gone off track. I am now a firm follower of TS Elliot's maxim that poems are never finished, "only abandoned." Amen.

I have participated in a number of classes and workshops over the years as well, most recently the Goat Hill Poets, currently based in Woodstock, NY. This is a group that grew out of a couple of informal sessions I hosted at my own home, and abandoned, until another poet decided he was getting so much out of them that he offered to have people meet at his place. These days, the Goat Hill Poets are as much a performance group as a workshop, and do one or two staged readings a year at Hudson Valley venues. The current leader has high aspirations for the group that I have never been clear about. Many times I feel that reading is almost a necessary evil, a way to communicate with your poems efficiently and personally, and certainly much more satisfying than tossing them in the mail or over the great black galaxy of the Internet. I am always anxious and cranky before a reading, especially if I think too much about it. But I get through it every time, and often enjoy the interaction of the moment, and sometimes even "performing".

But my personal goal has never been to mess around too much with presentation. I made a choice at some point to concentrate more on writing than theatricals, and it fits my temperament. I am relaxed in my selected environs, not so much when I'm trying to be anything but myself. I can read on stage, but movement, props, costumes throw me off. When I was in high school, I was too shy to read my own poems at the Creative Writing Club's meetings, and asked friends to read for me. I've worked hard at just being myself, and don't have much energy beyond that effort to add a soft shoe to the act.

I have gained so much from participating in groups and classes, but at this point, I need to extend my hard won self-confidence to my own writing. There is a dangerous loop one can get caught up in where a poem isn't "finished" until you run it through the workshop ringer. I have stepped back from that compulsion, and it is refreshing to use what I've learned to do the work myself. The frustrations, the accomplishments, they are all mine now. With the online poetry communities now available to me, the Internet galaxy has brightened considerably.  I may even go back to facilitating my own RANDOM WRITING workshops, if the space is right and the interest is there. But I think I'll leave the groups and the grand operas to others. I need to try out a climb on my own. 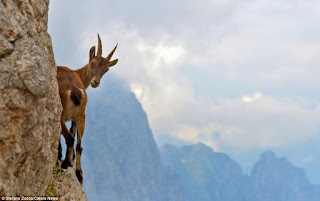