The “Job” of a Poet In Times of Crisis 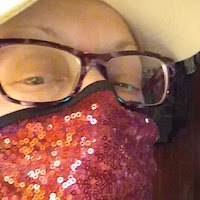 So many look to our ancient scribes and modern wordsmiths (or “wordsmythes”, as my Beloved calls us) for comfort and reassurance in trying times. I remember listening to NPR on September 11, 2001 and hearing Billy Collins on the air, clearly unprepared for an event such as he was asked to comment thoughtfully and artfully on at a moment’s notice. When racism rears its ugly head on a seemingly daily basis, quotes from Gandhi and the Rev. Dr. Martin Luther King speckle the interwebs. I don’t find much comfort in their words, despite their idyllic messages of hope and peace, especially since both, and so many more seeking the same, met violent ends.

Change is like birth. Neither is accomplished without some bloodshed. The future progress of America won’t lie in the hands of poets and songwriters, nor should it. If people are inspired to go out and do the things, make the sacrifices that will be required, that’s fine. But thinking that a song will change the world all by itself is falling far short of the necessary steps. Rally cries, soundtracks can motivate, but they can’t compel, nor should they be required to do so.

The landscapes of poets is as wide-ranging as the number of folks who label themselves poets. Some write to forget. Others, to remember. Some put pretty words together and live or die on the praise that follows. Some craft abstractions that may hold meaning for a precious few, but escape the understanding, and often the attention, of the masses. The masses have gradually been excluded from the enjoyment of poetry anyway, as schools spend more time sustaining the lives of students at the expense of their emotional survival.

It interests me to note how art continued thru wars, depressions, political upheavals, and natural disasters over the centuries. The Germans continued to be born, fall in love, paint, and write even in the darkest days of Hitler’s reign. These brutal humans, in the big picture, always end up being a blip on the radar of humanity’s long existence. This doesn’t mean people don’t die in the meantime. People will always die, it’s safe to say. But there is a bigger picture. Humanity survives. Good does eventually win out, despite the cost. And unless subsequent generations are taught the lessons, made to believe that the lessons are real, evil will repeat itself. And the artists will continue to record it all.

Maybe the history books should consist of poems and paintings. Maybe each page should play the songs of an era, all points of view. Art seems to get closest to the ideas in discussion. I have resisted for a long time including the horror of COVID-19 in my poems. I was unwilling to afford it the dignity of a poem, draw any more attention to it than the illnesses and deaths it has left in its wake already have. But I can’t always select what my poems will be about. In fact, I can rarely write these days without very personal motivation. I am still horrified by wearing a mask, and consider it a necessary tragedy of our everyday lives now. Yet, I wrote a poem about them. I have an old friend who died early on, slipping into an induced coma before we all knew what was happening. I know he’ll make an appearance at some point, but I can’t predict when. Others I know who’ve survived will no doubt incorporate their experiences into future work, in their way.

It can’t be an artist’s job to lead, follow, or assist in the spread of propaganda. I believe it was former U.S. Poet Laureate Rita Dove who described her role as that of a witness. We are powerful witnesses indeed, and when all the bodies on all sides have been shed from their electrical selves, when time passes and brings us to the next big medium, it is the art that will tell the stories of people. It will be the art that remains, our voices in the future wilderness.
Posted by Cheryl A. Rice at 2:25 PM