Birth of a Poem: Notes From The Road


A scrap of yellow paper has been following me around for the last several weeks, migrating from my pocketbook, to my desk, to my backpack, and now—back to the desk. It reads:

Sometimes I imagine I don’t have enough time to actually write a complete poem, so I try to capture the thread of thought in quick phrases, hoping I’ll find the thread later, and the spark, too. This never, ever works, but I keep thinking that spark can be contained in a few lines dashed before, or during, work, or before bed.

I remember what inspired the poem. The pumps at my usual gas station, what used to be known as “service” stations, recently had these really fucking annoying TV screens installed, blabbing away about manly sport scores and the shitty coffee available for far too much inside. On one visit, the gentleman pumping gas on the other side of the pump made the above remark in quotes. So, there’s those two bits explained.

It’s been a cool spring, as has been the Hudson Valley’s habit in recent years. Only today, nearly the end of June, has the usual heat and humidity combined to finally make us forget March’s blizzards. I try to pump gas in the afternoon, on my way home, so I can devote my mornings to more creative forms of procrastination, like Facebook or washing dishes. So, the refence to temperature makes sense.

There is always a whiff of stale cigarette smoke outside of any retail establishment, despite the Surgeon General’s old warnings. As long as tobacco is peppered with addictive supplements, there will traces of smoke in places where people stop, even briefly, to perform a task outdoors. And yes, it’s dangerous near the pumps, and yes, we’ve seen some horrific accidents on the Interwebs. However, what are the odds, the Smokers always think…

The last line has me stumped at this point. “Gas, rolls…” The last word only makes me think of toilet paper rolls. I don’t buy them at gas stations unless I’m very, very desperate. Unless Stewart’s is closed. Burger rolls? Ah, maybe HARD rolls, like they stock up on at gas stations like this in the morning, smeared too generously with a faux butter spread and wrapped in thick, stinking plastic.

But, as I recall, the man I quote said his piece in the afternoon. It could be that my mind was beginning to wander along, connecting one image after another arising from the location. I can never be sure.

My friend Dan Wilcox has a poem that laments the loss of “the best poem I ever wrote,” to a beer spilled on a notebook, likely scrawled in an indecipherable hand. I feel that same way when I find a note like this. It will probably still become some kind of poem, probably the kind that isn’t labored over long and finds its way to the files without any public performance. It’ll never be the poem it could have been. But of course, I’ll never be the poet I could have been. 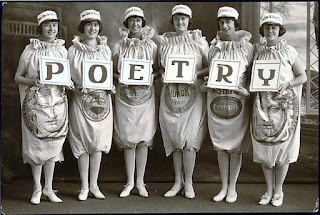