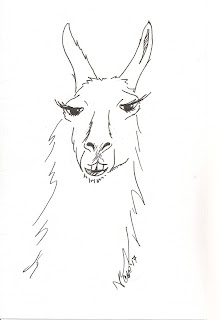 I’m glad I pushed the boundaries, and may go back to these experiments from time to time, but as far as where I’m at now, I’ll be to returning to my former narrative full-time. The poet I am is a reporter, a witness, and not the abstract wordsmith type. It works for many I know who produce rich, textured work, but not for me.
Posted by Cheryl A. Rice at 3:21 PM