A Journal of the Plague Year

crying for infants to be born."

yellow flags hanging from the masts of dormant

ships quarantined well beyond the harbor,

flotsam floating amidst the rainbow stained

garbage, the bloated heads of the diseased

slipped into the water under cover of darkness,

on the skin of sleepers walking out of doors,

definition, dissolving along with everything

else in the burning, hazing, mustard gas.

Alan Catlin has been publishing since the Seventies. In addition to more than sixty books and chapbooks of prose and poetry, he has won a number of national contests and awards. He has been a finalist for the Brittingham Book Prize from the University of Wisconsin Press, the Lena Miles Wever Poetry Book Award and been nominated for a Pushcart Prize, twenty times, in both fiction and poetry. Alan is one of the editors and founder of Misfit Magazine (misfitmagazine.net).

Robert Milby of Florida, NY is a freelance writer who has been reading his poetry in the Hudson Valley, NYC, Long Island, NJ, PA, and New England since March, 1995. He’s given over 450 featured readings and has been onstage in front of poetry crowds over 1,500 times, including: featured readings, open mics, workshops, lectures, presentations, radio commentary, indoor & outdoor festivals, independent tv shows, etc. See more at https://robertmilbypoetry.com.

I Was Never Under Quarantine

In the haze of selling their future, several generations have forgotten
the bankers’ caste system.
I neither bowed to worship money, nor sang in corporate cages.
I was not sick, beyond disgust with modern sages;
psychic jails, and lockdowns— screwing planks in stages.
There were times that I was knocked down, but I was never under quarantine.
State by state the white-out scent of cooking books,
without burning in a bonfire.
A source of bankers’ lies, on tiny screens and glowing monitors.
I never dressed in surgeon’s drag, walking through the streets,
where people clapped for nurses’ burkas or stared like dolts and preached.
There are times when I’m knocked down, but I am never under quarantine.
Without modesty, states stand in as teacher, mother, and father; techno gods of a new order.
I wandered field and forest; drove a city lane;
not once did cries of misery cause me bare-faced shame.
I never paid a jailer—I never bought the myths,
concocted by a dark regime, in estates of cards and sticks.
There were times when they knocked me down, but I was never under quarantine.
Entire countries are not hospitals, nor landscapers’ motor pools!
Fearful counties darkened churches; ignored the children, and locked their schools.
Lectured in public, by strangers, whose intents remain the same,
as past regimes’ deceptions in themes of costumed dramas.
We were never under quarantine, unless we gave consent:
Masked and gloved, cold penitents, or domestic spies, and dissidents.
Posted by Cheryl A. Rice at 7:39 PM No comments: 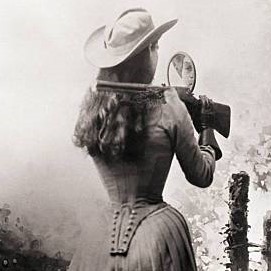 Thanks to all for participating in what may become an annual tradition, the 2020 Wild West Poetry Contest! Following is the list of Winners and Honorable Mentions, as whimsically and with gut instinct were selected by myself, as the sole proprietor of Flying Monkey Press:
First Place: Robert Milby,  "I Was Never Under Quarantine"
-Receives a copy of my latest book, Love's Compass, & will be published in the Flying Monkey Productions blog.
Second Place: Alan Catlin, "A Journal of the Plague Year"
-Will be published in the Flying Monkey Productions blog.
Third Place: Patrick Connors, "The New Normal"
-Will receive a copy of my chapbook, My Minnesota Boyhood.
Honorable Mentions:
-Jaewon Chang, "Marching in Batasam"
-Robert Milby, "Social Disgracing"
-Jaewon Chang, "Snaps in Wilmington, Delaware"
-John C. Mannon, "Watch"
-Alan Catlin, "Quarantined"
-E.P. Fisher, "The Ballad of Western Man"
-Paul Clemente, "A River Remembers 1918"
-Douglas Taylor, "The Life and Times of Stagecoach Mary"
-Paul Clemente, "About 3 PM Central on July 15, 2010
-John C. Mannone, "Life Cycle"
Again, many thanks to all who participated, and watch out next summer on both the POETS and Flying Monkey Productions Facebook pages, and this blog here, for announcements about 2021! First and Second place poems will appear here in the next few days, and prizes are being mailed out shortly.