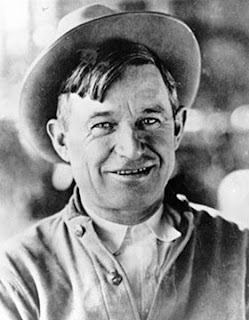 After all but completing a second chapter in my ongoing nonfiction project (more on that later, surely), I’ve returned my attention to my Ziegfeld Follies poems. I’ll be doing a presentation of what I have so far at the Omega Institute on the evening of August 20th. Hopefully, I’ll also have a Power Point presentation, and brief bios for each of the subjects of the poems. I know it’s been a while, so some memories might need a bit of refreshing (ahem).

My focus with this project has been the 1919 edition of the Follies, although for reasons of interest and coherence, the poems have strayed a bit here and there. By 1919, Anna Held, Ziegfeld’s first wife and part of the inspiration for the Follies in the first place, had already passed. Yet, because she is such an integral part of Ziegfeld’s personal and professional life, I’ve included a couple of poems about her and expect to add more. Olive Thomas, by 1919, had long before left Ziegfeld’s show, and side, to become a silent film star, but her enduring presence at the New Amsterdam Theater in the form of a ghost (even to this day) means that a poem or two is required about her as well.

Two Ziegfeld stars were missing from the 1919 edition, otherwise considered the pinnacle of the series. Humorist Will Rogers had also been lured out West to try his luck in films. Silent though they were, Rogers made his presence felt on the big screen, supplementing his appearances eventually with a widely read newspaper column and an easy transition into talkies. If not for his sudden death in 1935, who knows what other razor-sharp insights Rogers might have gifted us with, especially in the War years.

In August of 1919, Fanny Brice gave birth to her first child, a daughter. Obviously this put her out of work for that season, but knowing Brice’s position as a major star in the Ziegfeld universe, this must have been a frustration for both the comedienne and the producer. I knew she and her then-husband Nick Arnstein owned a home on Long Island during those years. I made the leap of assuming that it had been located on the North Shore, where many of the wealthy lived in those days. Thank goodness for Google and my ability to follow a thread! I was even able to obtain a street address, as well as some modern-day photos of the interior and exterior. It is still a private home, well kept and renovated with an eye towards maintains its Victorian charm.

I imagined two scenarios, one of Ziegfeld showing off his new theater to Rogers on a trip back East, and Brice rehearsing on her patio overlooking the Long Island Sound. Both seemed plausible to me, and yet I took a few liberties. I looked up the, and concluded that Rogers certainly could have seen the Ziegfeld Theater close to its opening date. As well, Brice’s home seems to be near enough to the water for her to smell it on a September breeze.

I’ve been a Ziegfeld and vaudeville buff for many years now, but for a while I’d stalled on doing anything creative with the knowledge I’d accumulated. So deep is my awe and respect for these theatrical pioneers that I hesitated, afraid to get the facts wrong, wary of the presumptive tone that dominates so many biographies. Finally, without cracking another book, I leaped in, starting with the stories most repeated. I probably began with Thomas at the New Amsterdam, a hard one to get wrong, but steering clear of the condescending word stuffing that I found in a recent fictionalized account of her life. I’ve got twenty-five pages or so of poems now, and my next step is to comb through the work, making better poetry out of it, and tweaking what facts I can.

I’m not sure how finished any of the poems will be by the time my evening rolls around, but I’ll do my best. My goal is to honor the legend, perpetuate the memories of these remarkable characters, all the while trying to explore their humanity. For many years there was a gap for me. They were old photos, almost always black and white, seemingly from another planet and not just another era. Lately I’ve broken through. This might be where art, the art I can live with, begins.
Posted by Cheryl A. Rice at 6:06 AM 1 comment: