di Prima, For Better Or Worse

I may be a slower reader than in the past, or I may just spend less time reading, but I rarely   look forward to the end of a book in order to drop it into my expanding discard pile. Such it was most of the way through Recollections of My Life as a Woman, by Diane di Prima. An intriguing yet uncomfortable read, I didn’t seriously consider abandoning the work as much as looked forward to completing the experience of it.

I give much credit to di Prima for her honesty, and her avoidance of the sham of 20-20 hindsight. She often has no solid explanations for her behavior, and makes no excuses. She evenhandedly described the antics of her lovers, both positive and negative. Her descriptions of three of her five birth experiences are fascinating insights into how much, and often how little, has changed in attitudes towards the process.

And yet, as a woman lucky enough to be born in a time with more choices, more opportunities, it is the natural thing for me to be judgmental about her behavior. As committed as she was to the writing life, and from an extremely early age, she was equally committed to being supported by anyone around to support this life. Her parents, seeming mortal enemies in her early years that drove her to the heart of the Village in the ‘50s, are mentioned in asides as  gifting her with  basic necessities, things that became harder and harder to come by as the babies and the bills began to pile up. Their donations to her cause progressed from groceries to couches, to finally a down payment on a house that she and her husband lived in for less than a year. The resentment expressed when her father declined to help them purchase a second home, the notion that the down payment had after all been a wedding gift and was hers by rights, seems childish and self-involved. Indeed, it was retreats to the family-owned compound beside a New Jersey lake that renewed her vigor on more than one occasion.

It is true, I think, that few male memoirists have as openly expressed the concerns of family life side by side with artistic development, so I have little to compare di Prima’s narrative to. Even in my own time, perhaps subconsciously, I chose early on to forgo children and family life. The sacrifice was not a great one for me. I knew I needed decades to finish raising myself, and to add another dependent would only impede any progress I hoped to make, and likely create another human being who would need to go through that same process. Her deep resentment of her father, for valid and typical reasons, made her determined to be a single parent, without any consistent partner to share the work. What affect this choice has had on her children I cannot say. The memoir ends too early for this constant reader to discover the effects. But the selfishness of raising three (eventually five) children in the desperate chaos of the ‘50s and ‘60s art scene rubs me too deeply the wrong way.

The times did not allow for woman to easily choose one path or another. Birth control was unreliable at best, but di Prima does rant rhapsodically that in her youth she felt able to control conception without its use, delusions of omnipotence made manifest by luck. She describes another encounter where a lack of birth control was a deliberate choice, inappropriate in the heat of the moment, and the resulting babe considered an addition to her life as complicated as one more puppy. That she wrote at all, even at the expense of her children, lovers, occasional employers, does after all seem an achievement, although the prize of her artistic accomplishments may have come at a high a cost to those around her.

I had the chance to read some of di Prima’s work earlier this spring, with permission I obtained via email, at a Beat poet-inspired event. My quick research beforehand led me back to a previous assumption, that di Prima’s work had been neglected due to the general misogyny not far beneath the flashy veneer of that crowd. She had her fans, it turns out. She had her readings, even started her own press. There were not many women like her, writing and housekeeping and supporting the men around her in various, exhausting ways. For that she deserves a kind of credit. Would she have done the same fifty years later, this mid-century woman caught between the ladylike demands of her mother’s generation and the post-war explosion of innovative thought and art that shocked the sensibilities of so many? Would I have been able to make the choices I have without her straddling the worlds the way she did, fervently living so many lives at once? 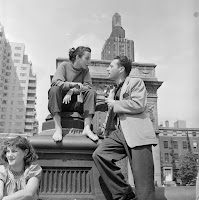 Labels: "Recollections of My Life as a Woman", Diane di Prima, Greenwich Village

The month ended with a bang for me, if poetry readings can ever be described as having that effect. I was kindly asked to curate an hour of poetry at the Woodstock Library as part of their Saturday evening series. Although after forty-some odd years of writing I could easily fill the hour with my own musings, I decided instead to divide the time up between myself and three other poets I’ve grown to love and respect. And, instead of a reading of our own work, I asked them to select a poet or poets whose work had influenced theirs, and to share that poet’s work as well as a few selections that reflected that influence. 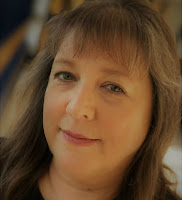 The variety in the presentation was predictable, and yet wonderfully rich and surprising in its scope. Marianna Boncek, whom I’ve known since our days at SUNY New Paltz in the early ‘80s, read the work of her mother, Barbara Boncek, and her daughter, Rachel Sanborn. Both are poets of substance, and Barbara was one of the first “civilian” poets I encountered after graduation. The old Stone Ridge Poetry Society, which used to meet regularly at the Stone Ridge Library, was my Gateway Group for poetry endeavors in the real world. Luckily, Marianna included some of her own wonderful work, inspired by family as well as local history in many instances. 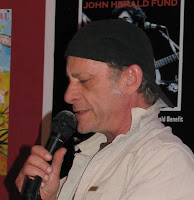 Michael Platsky, former host of the currently homeless Harmony poetry reading series, was another poet I encountered after college. He was a regular at the testosterone-riddled Tinker Street readings, and his piece about pissing on a bus tire in NYC as a boy beside Allen Ginsberg has lingered in my mind for years. Platsky, who is too humble about his own work, read instead the poems of the late, great Dan Propper, a former Woodstocker and accomplished poet of the past. I had a chance to hear Propper once or twice in my early poet days, and have the good fortune to possess a copy of a CD of him reading many of his greatest hits. Passing the torch is what Woodstock poets do best, and Platsky honored Propper in excellent form. 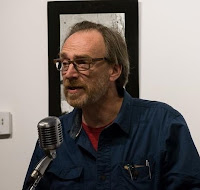 My poetry companion Guy Reed, another one who is too humble for his own good, is a transplant from Minnesota, and the inspiration for My Minnesota Boyhood, my reimagining of his childhood on the prairie. In addition to being active on the local poetry scene for almost two decades, Reed has consistently sought inspiration and information from academic poets whenever possible. He read the works of three of his favorites: James Wright, the elder half of one of the few (if not only) father/son Pulitzer team, the recently passed Jack Gilbert, and the very much alive Marie Howe, whom he has studied with. Reed’s commitment to poetry, and his careful study of others’ work, has benefitted his own voice as well as my own.

I had no choice, really, but to read some of the better-known poems from, if not my favorite poet these days, at least the poet I am most identified with publicly. From around 1992 to 2002, I was the host of the annual Sylvia Plath Bake-Off. It started as a catchy theme for a monthly reading I was hosting at the AIR Studio in Kingston, and soon morphed into a life of its own. Eventually, we attracted the attention of Pillsbury, who apparently owns the copyright to the phrase “Bake-Off.” This inspired me to add a baking contest to the already chaotic proceedings.

For those interested in more details, here’s a link to an account I authored for Plath Profiles, an academic publication devoted to, of course, all things Plath:

But, more important for me these days is how far, and how close, I have come to Plath and her predicament. One of the many reasons the Bake-Off, with all its smarm and casual swagger, would no longer be possible for me is because I have lived through all the ages that Plath did, and then some. I have been an artist, a woman, a wife, and folks, the struggle is real, and continues to this day. I was never inclined to motherhood, and give her credit for the effort she put into those dual careers that women seem to believe they must carry in order to be judged at least equal to their male counterparts. Motherhood would have broken me.

Motherhood may have been part of what broke Plath, but she was challenged from the beginning. What is a marvel is how much she accomplished in her short life. When I was the age she was at her death, I was starting another new chapter, moving to Albany, taking a shot at grad school to see if academia was where I belonged after all. It was not. Her work overall is excellent, although most of it weighed down with the visible labor of her efforts. Her final year, the poems she knew would “make” her reputation, burn with the fire of Lady Lazarus. In many ways there was nowhere for her to go from those heights.

I don’t take her life, her death as lightly as I once did. Like the women in Romeo & Juliet, I have passed from being Juliet, to her mother, and rapidly approach the role of Nurse, laughing at the gravity, weeping at the innocence of passion. As I have aged, her life has revealed itself to me in all its complexities, as has my own. May we both rise, may we all rise.